The major US indices suffered their worst year since 2008. The Dow fell almost 9%, the S&P 500 fell nearly 20%, and the NASDAQ experienced an impressive 33% plunge.

The tides of capital poured out of tech, crypto, SPACS, and other high-risk assets. Not surprisingly, a quick Google search brings up the stunned, yet predictable auto-fills from the masses, with phrases such as “will NASDAQ keep falling/crash/ever recover?”

This tells us that not only is the average retail investor fulfilling their role of being the dumb money, staying behind the curve, but we are also experiencing a sizable shift away from the era of low rate-driven speculation.

Howard Marks, a well-known investor with Oaktree Capital, wrote a recent memo referring to the “Sea Change” he believes we are experiencing—as four decades of declining interest rates come to an end and bring with it the realization that risky assets like high-growth, high-debt tech stocks are less likely to produce solid returns than safer investments like credit instruments.

We agree, and we add that what’s happening is just a slightly delayed version of a natural market phenomenon.

Inflation from central bank largesse and demand-supply imbalances from COVID shutdowns have kicked off a chain reaction of rising interest rates, which, when combined with other factors such as geopolitical instability and deglobalization, have triggered a shifting tide—known as Capital Rotation.

Capital Rotation is the large-scale movement of money into something with a better risk-reward scenario. To understand it, think of capital as a large body of water. In a functioning market, this capital moves freely, constantly flowing from the high to low ground, or overvalued to undervalued, as investors look to capitalize on gains and find the next sound investment.

This has played out quite dramatically since the start of 2022. The growth-at-any-cost companies, heavily skewed towards tech, have found it increasingly challenging to fund rapid growth as interest rates increased. This has since snowballed, creating negative sentiment as the smart money realized it could get a 5% yield in a much safer instrument.

The inevitable result is that companies with free cash flow continue to gain momentum, as larger investors take positions, with most retail investors yet to have figured this out.

In this new environment, the first thing to do is acknowledge that not only has investor sentiment shifted but that it may stay on its current path for some time.

In other words, jumping into XYZ tech stock because it’s “beaten down,” with a P/E ratio still over 50, may not be the best approach compared to a cash-rich, local manufacturing company with an established business of physical assets and a P/E of 10 or less. Up until recently, investors favoured capital-light companies that could scale quickly with little cost; now, hard goods and physical assets are in favour, as they produce cash flow and are difficult to replace.

Added to this is the fact that it’s expensive to build anything. Ask anyone wanting to build a house. It’s the same for companies looking for a factory. The result is that established manufacturing companies now have an edge. We covered this in our article on the return of the local supply chain, which looks at the ongoing repatriation of manufacturing.

The challenge is anticipating this capital rotation beforehand.

Sophisticated capital is the first out the door as these investors have a good understanding of specific markets. They may, for instance, have close ties to car manufacturing and understand when the sector is massively undervalued. You see hints of this as takeovers start happening, with larger companies grabbing beat-down competitors.

For the rest of us, a rule of thumb for this new environment is that boring is good. The capital rotation is moving into non-sexy investments—things that hurt when dropped on your foot, as we often say, or things that are already built.

Factories, manufacturing plants, pipelines, gadgets—you name it. It only seems boring because the last 10+ years have been all about software.

We saw hints of this shift in the oil industry over the last couple of years. It was unloved and forgotten, only to surge back in 2022 as prices spiked and the prohibitive cost of new drilling made established, cash-rich oil companies an attractive investment. We covered this rotation in early 2022 and expect the trend to continue. 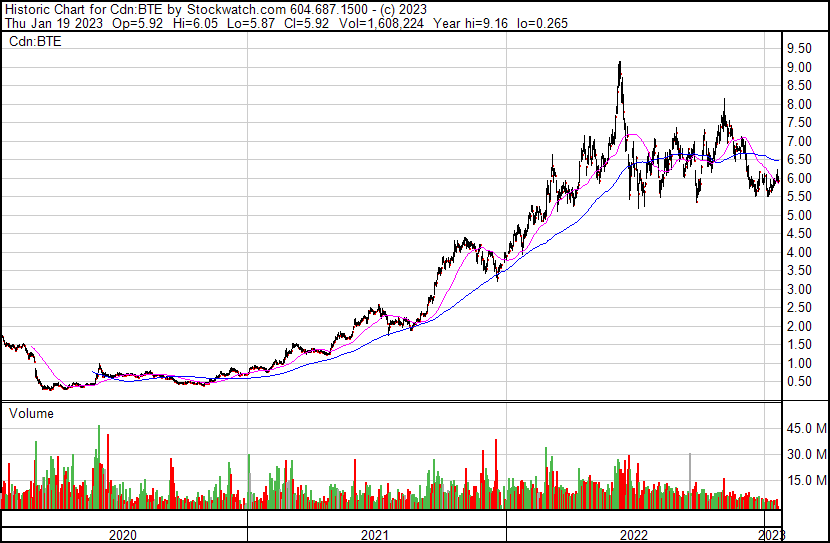 It’s a return to value, and for those of us in the smallcap space, this is particularly exciting because the list of investible companies, which is seeing increasing interest from large investors, is not that big.

While we’ve already touched on the criteria we use to evaluate smallcap stocks, it’s a good time to revisit this list. It includes the following: at least 25% year-over-year revenue growth, two consecutive quarters of profitability, low shares outstanding, illiquidity (as counter-intuitive as it sounds), and a lack of big investors.

When screened with this criteria, the list of investible companies is dramatically reduced—and it’s continuing to shrink, as fewer IPOs and issues come to market. This leads to more capital chasing fewer good deals, which then leads to a decrease in the number of profitable, attractive smallcap companies as good ones continue to get bought out.

It then creates a snowball effect. For instance, if there are 100 investible smallcap companies a buyout then leads to 99. Investors who benefited from the buyout put their gains back to work in a similar sector and other larger investors start to take notice. The 99 investible companies move down to 98, retail starts to trickle in, and so forth.

We have seen this happen with a several companies recently . . .

Based on the market capitalization for each takeover, the collective proceeds are roughly $763M, where some of this capital is likely to be re-invested back down into a shrinking pool of small and microcap companies.

We expect there is a strong case to be made that the value shift to microcaps will continue in the period ahead, as investors look to get positioned in largely forgotten companies that present a compelling investment opportunity.

These opportunities will skew towards companies with established, physical assets and a local presence, reducing investing risks in a high-cost, high-rate environment and presenting an attractive upside.

We are seeing it play out now, and there are many signs that the flow of capital will accelerate as more investors learn where the real opportunities lie.